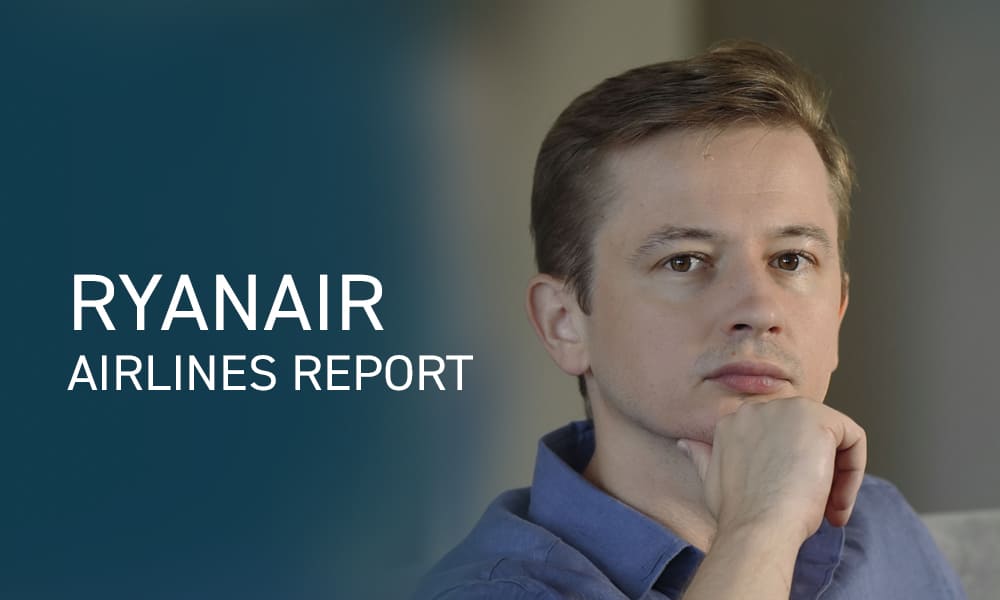 1. Report for the first quarter FY23. A brief insight into figures
2. Financial Results Made Simple

A lot of airlines have gone bankrupt over the past three years, while many old airline companies (including Alitalia, TAP, SAS, and LOT) have cut down on their fleets and capacity significantly despite finishing up their multibillion-dollar state aid packages.

This structural downsizing has created huge growth opportunities for Ryanair due to the use of a new efficient Boeing 737 Gamechanger aircraft. This made its share in the core EU markets rise sharply.

Ryanair (#RYAAY), the Ireland-based airline, one of the top five companies traded in U.S. exchanges, reported a net profit of €1.37 billion for 6 months (two quarters of FY23). It overcame losses and set a record for the first half of the year. Being Europe’s largest airline company in terms of passenger transportation figures, it expects demand to remain strong as customers abandon more expensive competitors.

What makes Ryanair stand out are the lowest fares/lowest unit cost among EU airlines, solid fuel and U.S. dollar hedging, its own fleet, and a strong balance sheet. It’s a fascinating report with a lot of critical data.

Report for the first quarter FY23. A brief insight into figures

While traffic showed +143%, operating costs rose just +126%, including a 205% increase in fuel (€2.18 billion) and a 93% increase in staff costs (€584m). All that is driven by lower variable costs, higher load factor, and improved fuel burn from the Gamechanger fleet. Costs per passenger (excluding fuel) fell below €30, the lowest one among its competitors.

FY23 jet fuel requirements are 81% hedged at an average price of $67 bbl. Also, the company raised its FY24 jet fuel hedges to 50% at approximately $93 bbl. Forex is well hedged as well. With over 80% of FY23 €/$ OPEX hedged at 1.14 and almost 20% of FY24 hedged at 1.08. Boeing’s order book is fully hedged at €/$ 1.24 out to FY26.
This super-strong position helps protect Ryanair from recent spikes in fuel and U.S. dollar prices and gives its airlines a huge cost advantage over its EU competitors. Especially this winter and into FY24.

#RYAAY’s balance sheet is one of the strongest in the industry with a BBB (stable) credit rating (S&P and Fitch). Net debt as of 9/30/22 was down to €0.5 billion (from €1.45 billion as of 8/31/22), despite €0.9 billion CAPEX. Almost the entire fleet of B737s is owned, and over 90% are unencumbered. This widens its cost advantage at a time when interest rates and leasing costs of competitors are rising.

Next year, #RYAAY intends to repay €1.6 billion of bonds and return its balance sheet to a near-zero net debt position. Backed by the strong balance sheet, #RYAAY shows plenty of room for growth as it aims to reach 225 million passengers a year by FY26.

#RYAAY shows industry-leading operating results and robust traffic recovery. This summer, the company operated at 115% of its pre-COVID capacity, performed ~3,000 daily flights, and achieved record traffic. At the peak of summer, it had 73 Gamechangers in the fleet. #RYAAY’s growth is being hampered by Boeing’s (#BA) inability to meet its Q3 delivery schedule, although they said Ryanair’s deliveries would be prioritized.

Expectations: Boeing will only deliver 10 or 12 of the 21 Gamechangers due before Christmas. All in all, Boeing is to deliver 51 Gamechangers ahead of the peak summer of 2023, although some of these deliveries may fail. #RYAAY plans FY24 growth based on 51 extra aircraft, continuing to recruit and train staff. During H1, Ryanair announced 100 new routes for this winter.

Interestingly, #RYAAY believes that concerns about the impact of the recession and rising inflation on its business model have been greatly exaggerated in recent months. As the lowest-cost producer in Europe, the company expects to grow in a recession as consumers won’t stop flying, but rather they’ll become more price-sensitive. Some airlines are reporting strong ticket sales as well, despite skyrocketing inflation.

As in the case with Aldi, Lidl, Ikea, and other price leaders, the price will continue to drive market share gains as Ryanair adds low-cost and more fuel-efficient aircraft to its fleet over the next four years. As Europe recovers from the two-year pandemic, there has been a significant reduction in short-haul capacity, much of which won’t return in the medium term. Most of its competitors in the EU have cut capacity by up to 20% this winter, while Ryanair is offering 10% more seats than pre-COVID.
The propensity to travel remains high in Europe as a result of full employment, rising salaries, and two years of pent-up demand and accumulated savings.

The above fundamentals aim to underpin strong traffic and fare growth for the next 18 months, and Ryanair will be the main beneficiary in this case. But there is one «BUT»: if this winter sees no negative developments (pandemic variants or the war in Ukraine). So far, forward bookings — both traffic and fares—remain strong for school mid-terms and into the peak Christmas period.

And one more thing: at this time of year, it practically has no forecast for Q4, i.e., this is Q1 2024, which is traditionally the weakest quarter in the industry and doesn’t bring any holiday benefits.