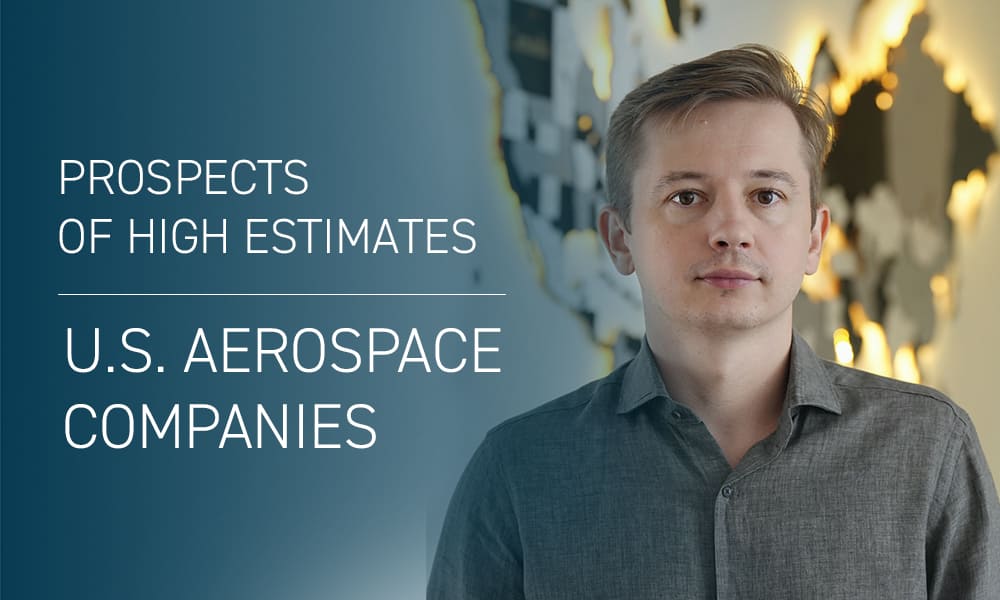 The war has elevated the prospects of higher military spending. However, defense budget estimates typically deflate in a couple of months following the conflict onset. But is that really so…?

Lockheed Martin Corporation received two contracts worth $309 million from the U.S. Army for the supply of Javelin anti-tank missiles yesterday. The contracts include over 1,300 missiles funded as a part of the recent Ukraine Supplemental Appropriations Act and orders for international customers including Norway, Albania, Latvia, and Thailand.

Lockheed (#LMT) and Northrop Grumman (#NOC) stocks have grown by 10-16% since the onset of the war. In the course of April revenue reports, the executives of Lockheed Martin (#LMT), Raytheon Technologies (#RTX), Boeing (#BA), Northrop Grumman (#NOC), and General Dynamics (#GD) — the key contractors of the United States Department of Defense—admitted that they were expecting revenues resulting from increased military spending.

СЕО of Northrop Grumman (#NOC) has recently emphasized two news: the aerospace group anticipates an increase in demand for its weapon systems. However, supply issues may set back the efforts aimed at expanding production.

As of now, the contractors are expected to ramp up production to keep up with demand from the United States and especially European governments that have resumed defense spending commitments.

That being said, several things impede their efforts:

✔how to step up production output in order to replenish stocks;
✔how to tackle supply chain issues;
✔how to restore working potential;
✔inflationary pressure.

1. Raytheon reports that finding new sources of titanium that don’t come from Russia posed a certain challenge and that the Stinger will need to redesign its electronics.
2. Some of the components are no longer commercially available (about one-quarter of the U.S. stockpile of Stinger missiles were sent to Ukraine).
3. In addition, Stinger’s production itself is pitifully small — there is only one active international customer, whereas the U.S. has not bought it for 18 years now.
4. Given the extremely limited stock of materials needed for production, big orders are expected no earlier than 2023-2024.
5. The United States Secretary of the Army — not to be confused with the Secretary of Defense — confirmed that replacing the U.S. stockpile of Stinger missiles will take a lot of time. At the moment, there is no manufacturing line for such missiles.
6. Given the fact that there is a need to get a supply chain back on track, it may take a little over a year to a couple of years to restore the stockpile of Javelin missiles, provided to Ukraine and jointly manufactured by Lockheed #LMT and Raytheon #RTX. The United States has shipped over 5,500 Javelins to Ukraine.
7. The production capacity is 2,100 Javelin missiles per year, while it is intended to increase to 4,000 items per year.
8. The United States ordered 866 Javelins for $207.2M in 2021.
9. Pentagon wishes to get its hands on 586 items for $189.3M in 2023.

Here’s what the representatives of the defense industry say about the prospects:

✔Medium-range Javelins will be replaced by longer-range systems.
✔Allies made a commitment to increase defense spending (Germany announced a plan to set up the €100bn military fund. Sweden and Finland are ready to apply for NATO membership).
✔It is expected that allies will order advanced cruise missiles, F-16 and F-35 fighter aircraft as well as Patriot and VAD missiles to control air space.
✔Abandonment of ground-based antimissile defense systems, and giving priority to air and naval forces (air systems are considered to be the most flexible).
✔European companies jointly manufacture a variety of military equipment; however, industrial capacity is insufficient to drive up production in order to cope with demand (European governments will resort to the American companies; besides, certain types of weapon will be more fitted to the needs of specific governments).
✔Eastern European countries will tend to buy US-made weapon not only because of the technical aspects, but also because there’s a nominal connection with the US.

1.The defense budgets will indeed grow. The Biden administration has requested Congress to provide $813 billion for national defense spending next year. This is 4% more than for 2022, and that’s excluding the $13.6 billion in aid to Ukraine mandated by Congress in March.

2.This war has been changing the geopolitics more than any recent conflict, with virtually every European country pledging to improve its military power after years of failing to meet the NATO commitment of spending 2% of GDP on defense. Currently, there are even appeals to remove defense contractors from cautious investors’ black lists which may draw in new money.

3.Those who appreciate the historical perspective will recognize another risk that involves buying stocks during market peaks. Every major military conflict that occurred over the past 20 years including the 9/11 attacks in 2001, the annexation of Crimea in 2014, and the North Korean nuclear crisis in 2017, has resulted in a surge of defense stocks. That being said, these achievements eventually faded as the initial sense of danger subsided. Against the backdrop of the already lingering Russia-Ukraine military conflict, the same thing may very well happen now.