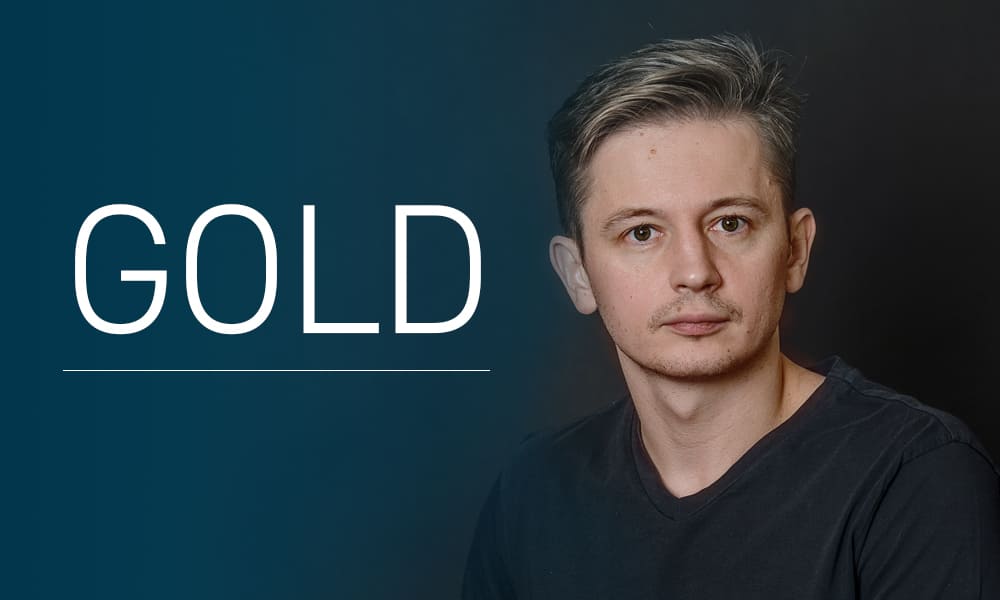 We’re in the middle of the year, and, so far, gold has been outpacing many commodities. Among metals, it stands stronger than palladium, platinum, and silver. This moot yellow metal has managed to maintain relatively positive momentum, avoiding pressure from rising yields and a strong $.

Meanwhile, almost every other asset class—from large and small-cap stocks to REITs and cryptocurrencies—has faced a correction or bear market pitfalls.

✔During tough times, you can do better if you have asset classes like gold. It’s not that it goes up, it’s that it loses less on the way down.

✔Once again, gold proved to be a safe haven in the face of turmoil. Prices have dropped slightly since their peak in March, but they have significantly outperformed other major asset classes.

✔Since the start of the year, the exchange-traded fund SPDR Gold Shares # GLD, which holds gold bars, has lost ~0.5%. Let’s now compare gold’s modest decline with Invesco QQQ Trust #QQQ, which is -26%, and with SPDR S&P 500 #SPY, which is -18%, over the same period (including dividends).

✔The biggest thing is that bitcoin lost over 50% of its value. It’s contrary to the prevailing view that these digital assets will replace gold as a safe haven in times of trouble. It’s now clear that this is not the case. At least this time. While cryptocurrencies failed the new test, gold is doing well and even has gone up slightly.

✔More impressive is the fact that gold stays strong even as the US dollar touches its 20-year high against other majors. DXY 103.99. As gold is valued at $$, these two assets historically have an inverse relationship: one drops, while the other rises, and vice versa.

Roughly speaking, gold is a mirror of DXY; a strong US dollar is holding back the rise in metal prices. This is getting more interesting: the value of $ has grown against the backdrop of higher %% rates, but gold keeps trading above $1,800. All in all, the US dollar rally will stop, and that’s when the gold price will skyrocket (a stronger US dollar strength is mixed news).

✔Here’s an insight into US bonds. Since the start of the year, government bonds have been intensely sold, which made yields reach multi-year highs (yield ↑, prices ↓). So far, the two-year yield is 3.08%, while the ten-year one provides 3.17%. It’s well above the start of the year and could lure yield seekers. But we must keep in mind that inflation in the US amounts to 8.6%.

✔Let’s take a look at dividend stocks. Today, it’s not an easy task to find decent stocks that pay dividends at a competitive rate. According to the latest data, the S&P500 dividend yield is only 1.37%. Slightly higher than at the start of the year but lower than in June 2020 (1.93%).

✔In the long run, the perfect conditions are runaway inflation, recession, and market crashes, which together sow the seeds of panic. The VP of research at CPM Group says that “gold still has some downside potential.” The right entry point would be when the price drops to $1,800. Prices will fluctuate over the next year, but it won’t be a surprise if the price reaches $1,900 in the next 12 months.

✔Market sentiment toward gold is neutral. Bulls and bears play tug of war. Bulls bet on inflation, recession, and safe haven, while bears bet on rate hikes. Investments like that won’t make you a billionaire but will help make your portfolio more stable when everything else is falling apart. When stocks and cryptocurrencies are in decline, gold may be the best option. Maybe you won’t outpace inflation, but you can at least save your money.

✔The ban on new imports of Russian gold won’t affect trade, given that the LBMA suspended operations with six Russian refineries in March.

If the goal is to undermine the economic ability of Russia to wage war, the measure is necessary, yet not sufficient. If the ban is imposed by the EU and Switzerland, a sharp surge in prices is fully possible.