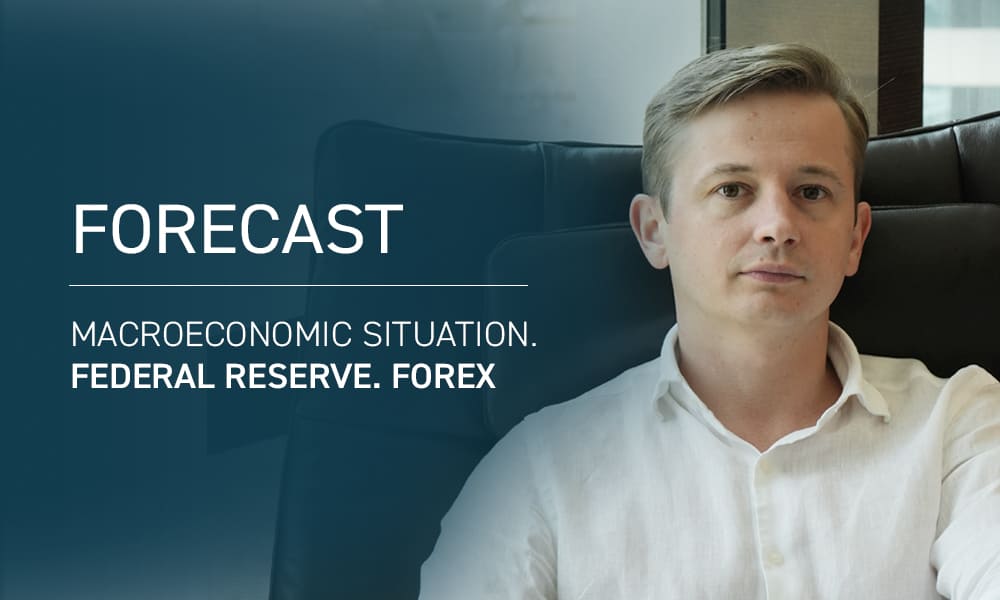 Markets are driven by central banks when it comes to price action. We got the FOMC—inflation must decrease dramatically before they abandon their tough stance.

The Fed won’t cool down just because markets are falling, while reports provide numbers that don’t match their forecasts. Price stability is at the core of the whole thing. Consequently, there must be +4%. Otherwise, we’ll see a catastrophe. The broader markets have finally figured that out. A conviction is growing that the U.S. will fall into recession.

MUFG’s latest report directly concerns the forecast for the stock market and Forex. Let’s take a look at the key insights.

1. This year is a record-breaking one: the Fed raised its benchmark interest rate by 75 bps for the third time. According to the forecasts, markets will expect even higher rates before the end of the year (the Fed is targeting a rate of at least 4%).

2. Jerome Powell tends to ignore the signals, but this time he used them as a tool to convince the markets that the rates are going down the right road.

3. Considering how much they got raised, the Fed could back off a bit. But it decided to escalate the situation and keep going until inflation starts declining.

4. Here are market implications: U.S. rates will have practically no power to keep going up. For that reason, we monitor further trading in shares, namely what the next month will bring before the midterms and FOMC’s next meeting.

5. There’s a risk that makes the market fall further. After all, it’s what the Fed needs: they want tighter financial conditions (FCI); it’s a must. In other words, we’re expecting further tightening of the FCI until something fails in any sector of the market and/or the economy—or both. As the rates did their part in terms of discounting, the remaining tightening of the FCI is likely to come at the expense of risk assets.

1. From mid-July to mid-August, we saw a severe market rally.

✔Q2 revenues, which were mostly better than expected;
✔the Fed raising the rate by 75 bps on July 27 and expectations of higher rates;
✔a lower CPI as of August 10.

4. Volatility proves that the underlying market risks haven’t changed over the past six months.

1. Another month brings another new high for the U.S. dollar. According to DXY, the dollar has hit a new intraday high every month this year, while the new high is ~2.5% stronger in September than in August. The positive trend continues.

2. Yesterday, the Japanese Ministry of Finance confirmed its intervention in the currency markets to support the falling yen. This way, it sent the dollar sliding—mostly against the yen but virtually across the market. BoJ’s decision is unlikely to change the trend, as Powell’s tough speech about aggressive monetary policy remains the all-important event of the day.

4. The Fed is expected to stop raising rates in Q1 2023, and only after that, we’ll be able to see the U.S. dollar slowing down.

Considering yesterday’s events, one of the risks is that the Japanese government’s interventions will be more successful than expected. If the Japanese Ministry of Finance continues to support the yen, this plan could have a robust impact in the long run. It seems unlikely yet risky, given that the intervention got confirmed suddenly—only yesterday morning.

All in all, the key upside risk to the EUR/USD bearish outlook may come from a further easing of acute energy supply issues in Europe. If gas prices continue to decline ahead of winter, this will help ease fears of a sharper slowdown in the eurozone.

At the same time, the euro could stand stronger than expected if the ECB keeps raising the rates faster (while the Fed signals that it sees slowing down the pace as an option).

The downside for the Chinese yuan could be a worsening COVID-19 situation and continued pressure from the real estate sector. The government will shortly have to provide positive expectations for households and corporations.

Fed’s rate hikes are another risk in this case.