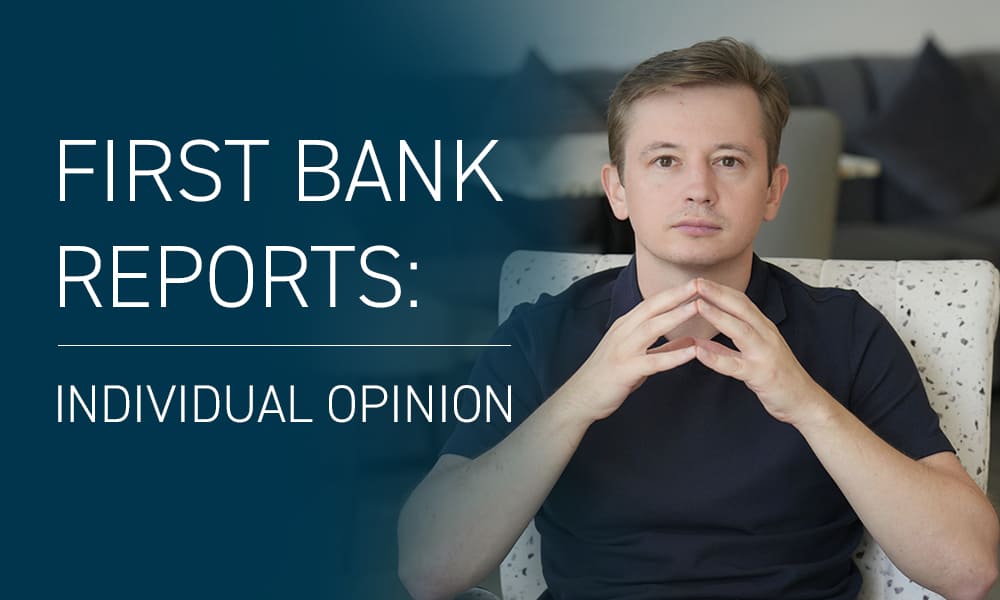 Profit season is currently in full swing. Coming weeks are expected to reveal those who won and lost the fight for profit retention amidst cost escalation. Some of the most pessimistic forecasts do make sense, though. We are yet to see how far the Federal Reserve System will go in terms of the interest rate increase and whether the U.S. economy will enter into a recession.

If we look for clues about the economic climate and analyze the existing bank reports critically, we will get the following picture.

✔Fees charged for investment and banking services dropped 47% to $1.1bln due to a weaker underwriting of the industry this year.
✔Even despite the fact that the revenues rose 12%, net profit resulting from the consumer sector of $2.9 billion dropped 5%.
✔Against the backdrop of the deteriorating macroeconomic situation, the provision for credit losses totals $523 million.

✔Revenues earned from investment banking plunged 41% to $2.14 billion. Given the stock market weakness, the profitable IPO market has significantly dried up with underwriting and debt revenues dropping, as well.
✔Revenues earned from asset management dropped 79% to $1.08 billion. Goldman Sachs’s equity portfolio, both private and public, reported a $221 million loss. As compared to $3.7 billion in profits a year ago, this is a pretty startling change for the worse.
✔The loan loss reserve totals $667 million. Goldman is not so much a bank but rather an investment bank. In the second quarter, its loan portfolio increased by 34% to $176 billion. The latest provision for credit losses is partially linked to a growing credit card portfolio.

✔revenues earned from investment banking dropped by 55%;
✔from consulting services due to a decrease in completed merger and acquisition;
✔from underwriting due to a decrease in issuing volumes given the worsening macroeconomic conditions;
✔the loan loss reserve totals $101 million.

✔Non-interest revenues resulting from mortgage banking services dropped 79% from $1.3 billion to $287 million.
✔The value of investments in stocks plummeted, as well.
✔The provision for credit losses totals $580.

To sum it up

1. Following a surge in 2021, IPO and M&A activity has slowed down as banks start feeling the inflation squeeze.

2. It confirms the common opinion that inflation has severely affected the economy, and the measures taken by Fed will prevent economic growth and thus profit That being said, some investors admit that concerns about economic slowdown are far-fetched and much of the bad news for stocks is already reflected in prices.

3. Profit markup is instrumental to the market trajectory as soaring interest rates undermine investors’ calculation of the stock value. Having faced monetary tightening, investors quickly reduced the multiples they are willing to pay for the share in the profit.
Based on FactSet’s data, 7% of the companies in the S&P500 reported last week, with 60% exceeding earnings expectations. This is below the 77% average over the past five years. In addition, analysts have lowered their quarterly estimates of profit growth from 5.9% to 4.2% since the end of March.

4. Only a few expect a considerable increase in stock multiples in the foreseeable future. Also, as margins are getting squeezed due to inflation and consumers are getting disillusioned, it is doubtful that a surge in profits can be anticipated in the days to come.