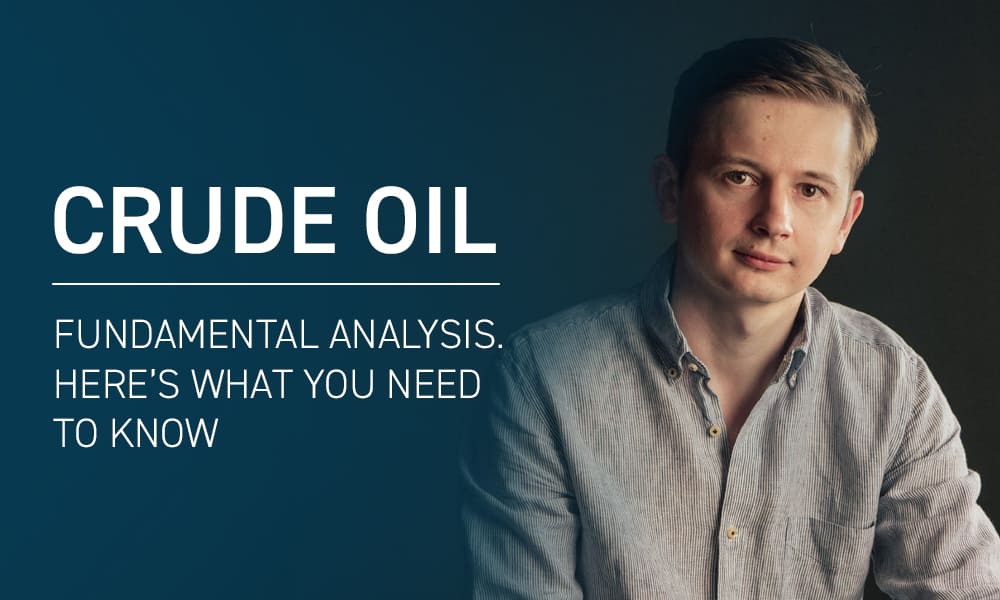 Crude Oil. Fundamental Analysis. Here’s What You Need to Know

Crude oil prices are among the most critical market indicators. I have picked all relevant information covering it based on the recent commodity market study done by MUFG Bank and will share it with you today.

1. Against the backdrop of existing supply concerns caused by the loss of Russian barrels and shrinking OPEC’s spare production capacity, along with strong demand, oil is sticking near three-month highs.
At the same time, China is heading for a lockdown exit. It’s worth mentioning, however, that some restrictions were introduced again in Shanghai yesterday. Meanwhile, the U.S. driving season is starting, while the growth of aviation activity speaks for a rising jet fuel consumption. The oil’s relentless rally still makes sense, as its increase appears to be justified.

2. Despite the fact that OPEC+ members agreed to a higher-than-projected increase in the supply of 648kb/d vs expected 432kb/d- for July and August, the way the market reacts to it implies that participants are not quite convinced of the magnitude of this step. As mentioned by the MUFG last week, additional barrels would be unable to fully offset the market shrinkage given the impact of increasing sanctions against the Russian Federation, as well as growth in China’s demand resulting from the easing of restrictions.
Positive sentiment has manifested itself in Saudi Arabia raising its official selling prices across Asia, northwestern Europe, and the Mediterranean region this week. This also speaks of confidence in the improved demand prospects.

3. The fact that money managers’ net long bullish rates are going back to their pre-war levels also serves as another positive sign for oil. Money managers increased their Brent and WTI crude oil bets by 21,608 combined net long positions to 492,271 which is the largest net long maintained by speculators since March. That being said, it is still below 2021 levels and the record highs since 2018.
This is in spite of the recently narrowed market. All of this demonstrates the lack of interest in excessive activity in the market given the uncertainty and the likely increase in volatility. Cumulative demand for Brent evidences a similar situation—it is at its lowest level since 2015.

4. In the longer term, given the market tightness, oil prices typically search for the level where the demand destruction will kick off. This level is largely unclear. MUFG confirms crude oil projections: the demand destruction caused by prices and needed for consumption reduction will become widespread by Q3, with the relevant Brent price exceeding $140/b.
This is the maximum pain threshold that can eventually cause a stir in corporate activity, a private consumption squeeze, and the onset of severe market tightness easing. Notably, the Brent price will drop to an average $112/b in the last quarter of 2022.

Oil has been up 55% since the beginning of the year. India has doubled its purchases of Russian raw materials—almost to ~750 bar/d—just the other day. China is taking the same route. To give you a rough idea, the U.S. did everything it could to let Russia sell its crude oil to China and India instead of Europe.

Now the United States seeks to establish a price ceiling. The solution to slow down cut the Russian oil supply for India and China a little, whose sale is now limited in the U.S. and many European countries, looks questionable.

Let’s assume that the stock market experiences temporary relief, seeing that specific measures are being implemented to control the oil prices. Realistically speaking, this is difficult to accomplish. Even if the price level remains as it currently is, there will be a double-digit increase compared with the previous year.

In the meantime, we are looking forward to release of the U.S. consumer price index. Basically, oil causes high inflation which, in turn, sends consumer demand down, forcing the Fed to raise the interest rates.