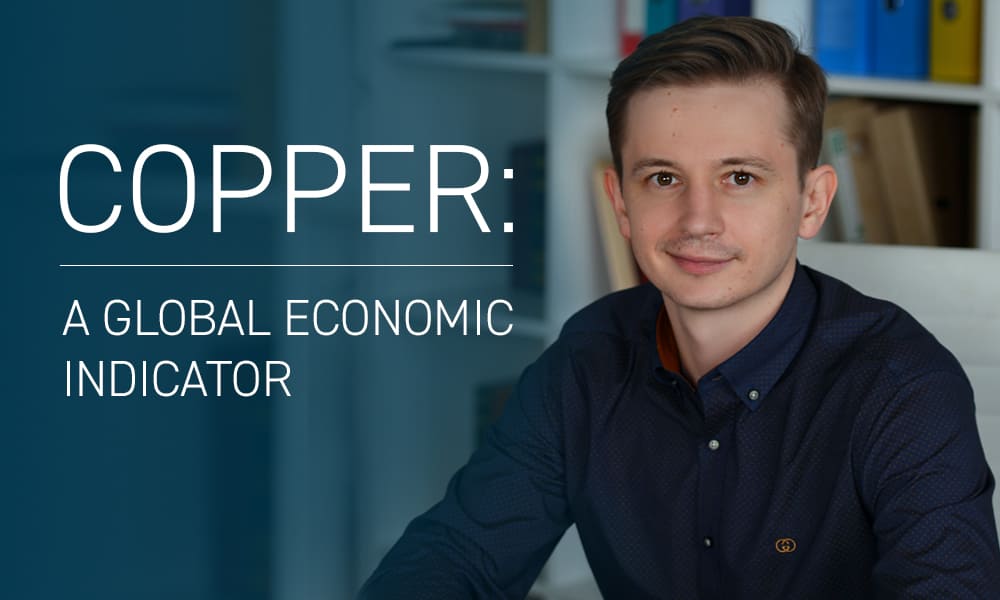 Commodity prices provide a rough idea of the general climate of the global economy. We witnessed how copper ricocheted into the bear market. Since this industrial metal is used everywhere from electric vehicles to household appliances, its drop signals an economic downturn.

1. I assume that commodity products were accumulated in anticipation of accelerating inflation. As the economy grows weaker, they need to be liquidated. All of the signs of imminent recession are hidden in plain sight, although greed may mess with the sense of vision and common sense. Now when fear is taking over the market, the bulls are beaten to a frazzle, and central banks no longer have the right pill for it. Mother nature does not like being interfered with and will show no mercy when taking revenge, just like it always does. It looks like this is exactly what is happening right now.

2. That being said, copper may end up becoming a metal that is losing demand temporarily. Against the backdrop of recession and tightening restrictions in China, there is also a slowdown in construction. The experts do not have a unified opinion on the duration of such a downturn in prices and whether it will help cool down inflation. Given the volatility of commodity prices and unstable geopolitical situation, this may result in yet another spike.

3. A softening in commodity prices is not the safest indicator of recession, yet it does evidence the growth rate reduction. Let’s take a closer look at alternative options. Prices for commodity products that do not fall amidst a weakening economy are a sign of stagflation. During stagflation, the prices for the goods typically don’t go down since it is expected that they will still continue to grow. In the late 70s, people invested in everything and anything that had a long shelf life, including gold. The fact that commodity prices are already falling despite war and sanctions serves as small evidence against predicted stagflation. However, we should not rule out the recession.

4. For the majority of the last decade, there has been a correlation between the U.S. 10-year bond yields and the copper/gold ratio. In early 2021, there was a significant divergence in the markets—the copper/gold ratio spiked, while the shift in rates remained moderate. If we take a look at what is happening today, we will see the opposite situation. In recent months, the copper/gold ratio has narrowed noticeably amid mounting concerns over the recession. The rates have fallen a bit, yet still remain pretty high. This could serve as a signal that the Fed’s tough policy may face tension against the backdrop of economic slowdown.

5. As demand remains pegged to global growth forecasts, the overall concerns over supply are declining due to reports of a continued influx of Russian metal along with major expectations of production ramp-up in global mines. This supply dynamic is inaccurate. Unlike grain or energy carriers, a steep drop in potential supply in mines in the Russian Federation explained by an import ban on equipment along with capital restrictions hides behind short-term flow continuation. Practically all of the world’s largest copper mining companies reported a decline in output in the first quarter of 2022.

6. Even if there is a decline in copper prices, this will only be a short-lived drop. A copper mine requires about 15 years of preparation and investment before it finally pays off. Copper is the key metal in this age of technology. Technologies virtually cannot exist without it. I am talking about demand in the face of fear of not having enough. Just like when it comes to the land (remember how accountants treat the land on a balance sheet—it doesn’t depreciate in value), there is a limited supply. Since we are becoming more and more aware of the need to standardize and then revise measures of consumption, there are solid prerequisites for copper to be bullish. The average MUFG forecast for the fourth quarter of 2022 is $11,900/mt.