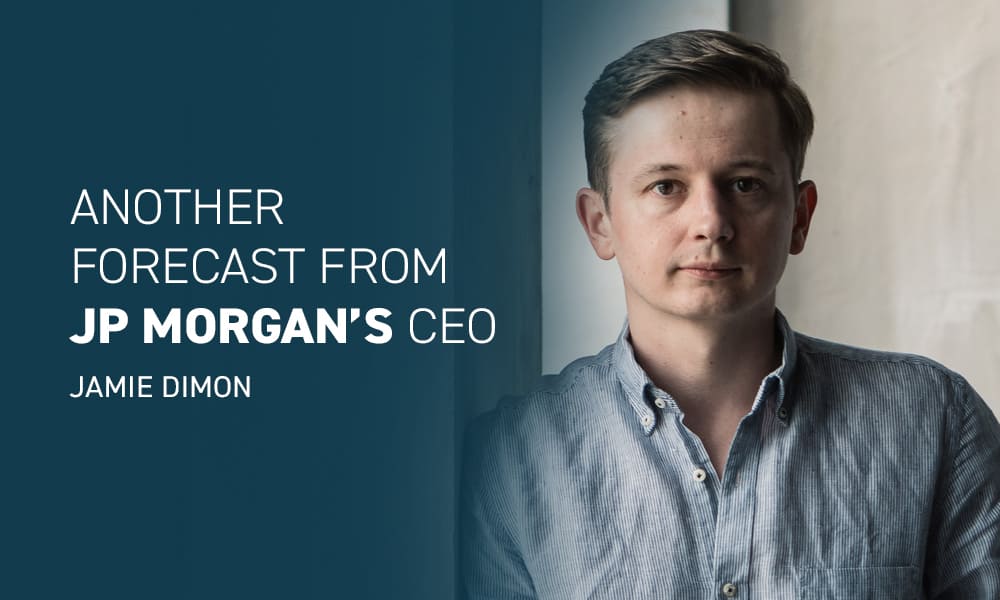 In April, I made a lengthy post reviewing JPMorgan Chase CEO Jamie Dimon’s annual letter. Back then, it was one of the few high-quality takes on the future perspective.

You may like him or not, but this leader is super far-sighted, although his forecasts raise questions. This week, Jamie Dimon predicted that the recession may panic the credit markets and wipe out another 20% of stocks. In this case, he’s right regarding the Fed, saying something like «you guys are moving so fast that everyone gets uncomfortable.»

A new forecast in a nutshell

1. Downside risk triggers in 2023. Rising percentage rates and the Russo-Ukrainian War (getting back to the letter).
2. These are «serious points» that can lead the U.S. and the whole world—given that Europe is already in recession—to a crisis in 6–9 months.
3. The early signs are obvious when it comes to the financial system. IPO market depression and transactions with high-yielding debt.
4. This problem quickly scales to other sectors. Resulting in possible troubles and panic in the credit markets.
5. New S&P 500 metrics (YTD -24%). The decline is still ahead and could easily reach 20%. But the next 20% will be much more painful than the first batch.
6. Raising rates by another 100 bps will also be more unpleasant than the first case. People weren’t ready for this.

Events in a nutshell

Investors have always closely watched Dimon’s comments. And we already see a clear-cut consensus on a recession among the top-level players from Wall Street.

But how often do recessions occur? There have been 11 of them in the U.S. since 1948, averaging about one every six years. And nine of them happened during Dimon’s lifetime. Here’s the result: the U.S. continued to prosper, while Dimon became a billionaire.

Handling the Great Lockdown with massive and unprecedented interventions, the U.S. authorities cut the time to the next one and brought it closer, against the 6–7 years on average between recessions in the past. And the accumulated results of monetary policy over the past twenty-odd years mean that the available fiscal and monetary firepower to mitigate a new recession is somewhat limited. In other words, the new downturn could go deeper and perhaps last a little longer than average.

The Fed is so far behind that it has to tighten policy at the fastest pace in modern history. The point is that it flies blind: it has no idea what the neutral rate is. With these labor market conditions, it could be 225 bps higher, but it could just as well be 150 bps below. A better understanding will come in 3–6 months when the effects of recent increases show up.

Also, the media is talking about the recession in an alarming tone with liberal gloom and doom, trying to sow fear among millions of ordinary people. Anyway, their life will be a struggle anyway—whether in recession or out of it.

The point is different. An unpopular one. All in all, the recession will come and fade away; the recovery will come… But we have one «if». If «everyone» fails to blow up—in the literal sense of the word—each other in the coming months; otherwise, absolutely all processes will become unimportant. In this perspective, any recession looks insignificant compared to worldly concerns. Everything is relative.

P.S. I know how to retort me. If someone DOESN’T predict a recession, that would be news. That’s right. But tomorrow, #JPM, the biggest U.S. bank by assets, will release a report. The outlook for it is this: #JPM, along with others, will collectively reserve over $4 billion to cover potential losses. One more sign of non-illusory pessimism. Let’s wait.