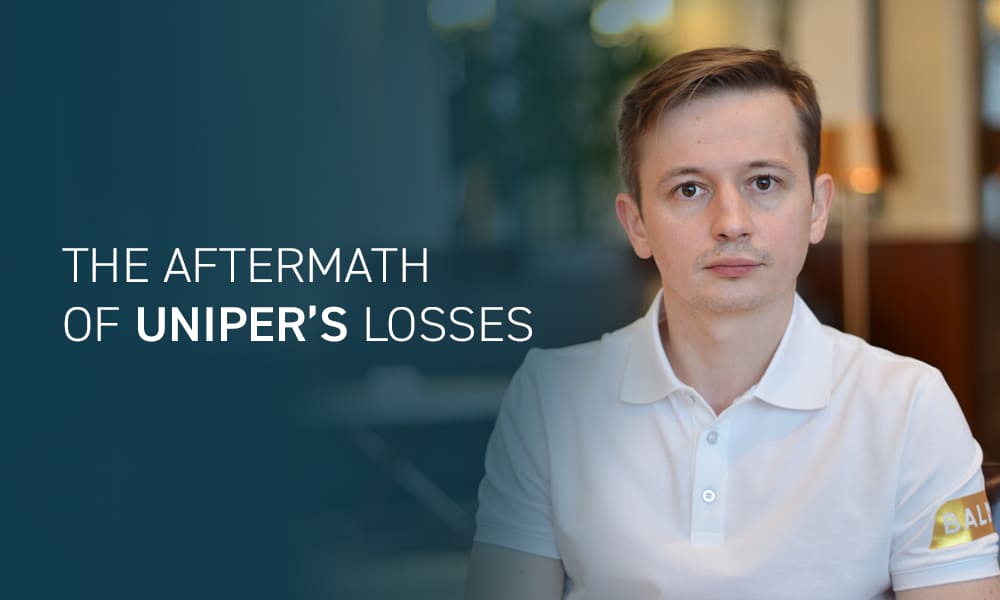 The aftermath of Uniper’s losses

1. Introduction
2. About Future Business Risks
3. In a nutshell

1. Uniper reported a net loss totaling more than €40 billion in the first nine months of 2022. This is one of the most considerable losses in German history. It stands to mention that Deutsche Telekom has been the anti-record holder so far having lost €25 billion in 2002.

2. The net loss under IFRS totaling ~€40 billion includes ~€10 billion of volume replacement costs along with ~€31 billion of anticipated future losses resulting from derivative valuation effects and the creation of reserves linked to reduced Russian gas supplies as of September 30, 2022.

3. Volatile rising prices and deals aimed at hedging future supplies had an overall positive impact on the gas sector. On the downside, however, there was a shortage of LNG supplies from the Freeport LNG plant in the United States. This was caused by infrastructure damage as a result of the explosion.

4. Given financial issues in September, the German government spent €29 billion to buy Uniper gas importer. However, it wasn’t enough. So, a decision to nationalize it was adopted. The procedure is currently in progress and subject to approval by the European Commission.

5. Uniper is now focused on purchasing additional volumes of fuel, in particular LNG. Construction of essential infrastructure, including LNG receipt terminals is being accelerated.

1. Downgrades and interest rate risk. On October 12, S&P confirmed Uniper’s long-term credit rating of BBB- with a negative outlook. Aside from that, Uniper is extremely dependable on credit lines from the KfW State Bank which, in turn, depend on variable interest rates. It’s unclear what financing will be needed and for how long.

2. Unplanned downtime (insurance policy). Commodity prices kept going up in the third quarter. The potential impact of unplanned asset downtime has intensified across all technologies, with the assessment grade of the operational risk category going up to «high». Unplanned downtime can be triggered by technical breakdowns and issues relating to fuel or additive supply.

3. More coal-fired electricity generation. Governments in many countries announced their readiness to extend run times for coal-fired power plants to mitigate the risk of gas shortage. For instance, Germany issued a new law on July 8 (Substitute Power Plant Maintenance Act) to ensure that coal-fired power plants are the electricity market players on a voluntary basis for a limited time, without changing the commitment to phase out coal.

Until recently, many German companies had this business model: cheap energy from Russia and semi-finished products or raw materials from (mostly) China. As a result, Germany manufactures cool products and sells them at high prices in the world market. The war broke this pattern.

Here’s the negative trend: energy-intensive companies cut production or partially freeze it to handle at least a short-term spike in energy prices. German industrial manufacturers are under enormous pressure. This energy crisis is setting off the faster deindustrialization of Germany.

Companies move to where energy is cheaper. And it’s not about short-term changes. When it comes to future investments, they’ll more often choose (as an option) the U.S. thanks to cheaper energy.

We see that German quality isn’t the same as it used to be. In recent years, they managed to re-energize the situation thanks to decent trading performance with China. But it’s now no longer the case because lots of infrastructural energy shortcomings came out. And they can’t fix all that right away. German medium-sized companies — especially those from the energy-intensive sector—will find it hard to adapt to the new reality and may even collapse.